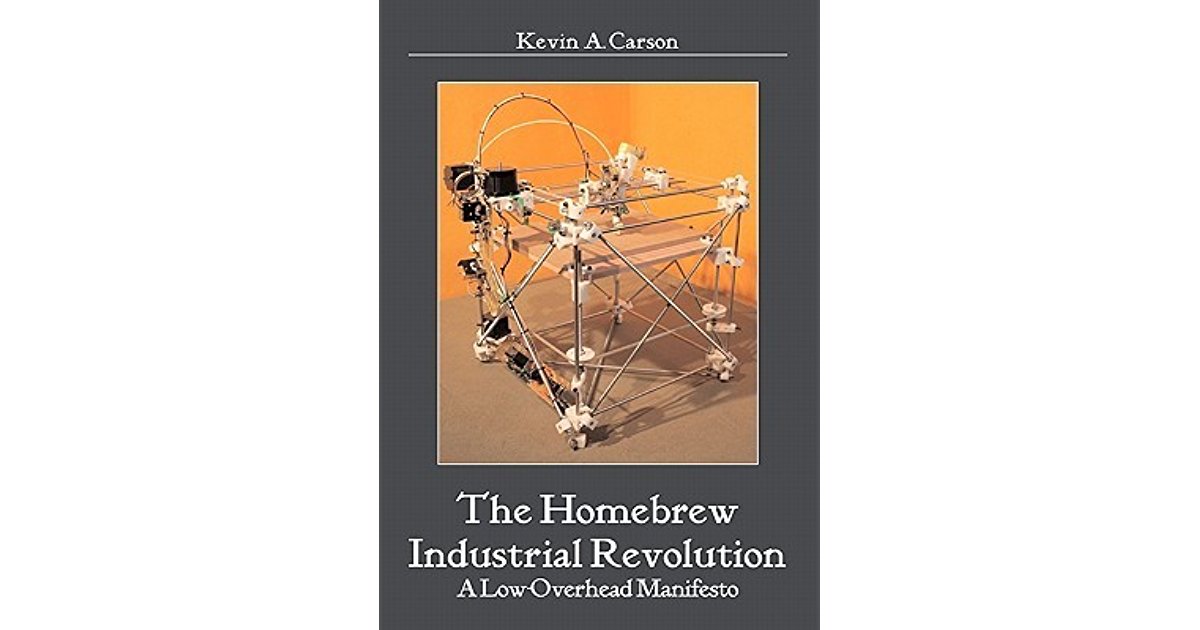 The Homebrew Industrial Revolution is based on a series of research papers on industrial history I did at Center for a Stateless Society. In writing Organization Theory: A Libertarian Perspective, I found myself most engaged in researching the material on micromanufacturing, household microenterprises, the alternative economy, and the singularity resulting from them. A major part of the material in The Homebrew Industrial Revolution is drawn from Organization Theory, but was imperfectly tied together and developed there. I attempted to draw these themes together into my first C4SS monograph, and then found myself developing them in a series of followup papers. Those papers gradually took shape in my head as a book. One theme is the rise and fall of Sloanist mass-production in light of Mumford’s paleotechnic/neotechnic periodization and his theory of the cultural pseudomorph, and the rise of networked manufacturing as (in the words of Michael Piore and Charles Sabel) the rediscovery after more than a century of how to integrate electrical power into industry. Another is the contrast of Sloanism to the leanness, agility and resilience of the alternative economy, with low overhead as the central conceptual principle around which my study of the latter is organized. Large inventories, high capital oulays, and high overhead have the same effect on mass-production industry that shit has on a human body bloated by constipation. The higher the fixed costs required to undertake an activity, the larger the income stream required for a household or firm to service that overhead; the enterprise must either get big or get out, and the household must have multiple sources of full-time wage income to survive. The alternative economy, on the other hand, operates with almost no fixed costs, so that almost all its revenue is free and clear and it can survive prolonged periods of slow business. Because it’s organized stigmergically, with modular open-source designs, innovation costs are spread over the widest possible product ecologies with a minimum of transaction costs. The alternative economy is breeding the rats in the nests of corporate dinosaurs.